You know what I did last summer?

You know what I did last summer?

Last summer, in the middle of August, my daughter Fin brought home a cocoon she had found on the way home from school.  When you held it in your hand it buzzed, so clearly we had to do something with it. 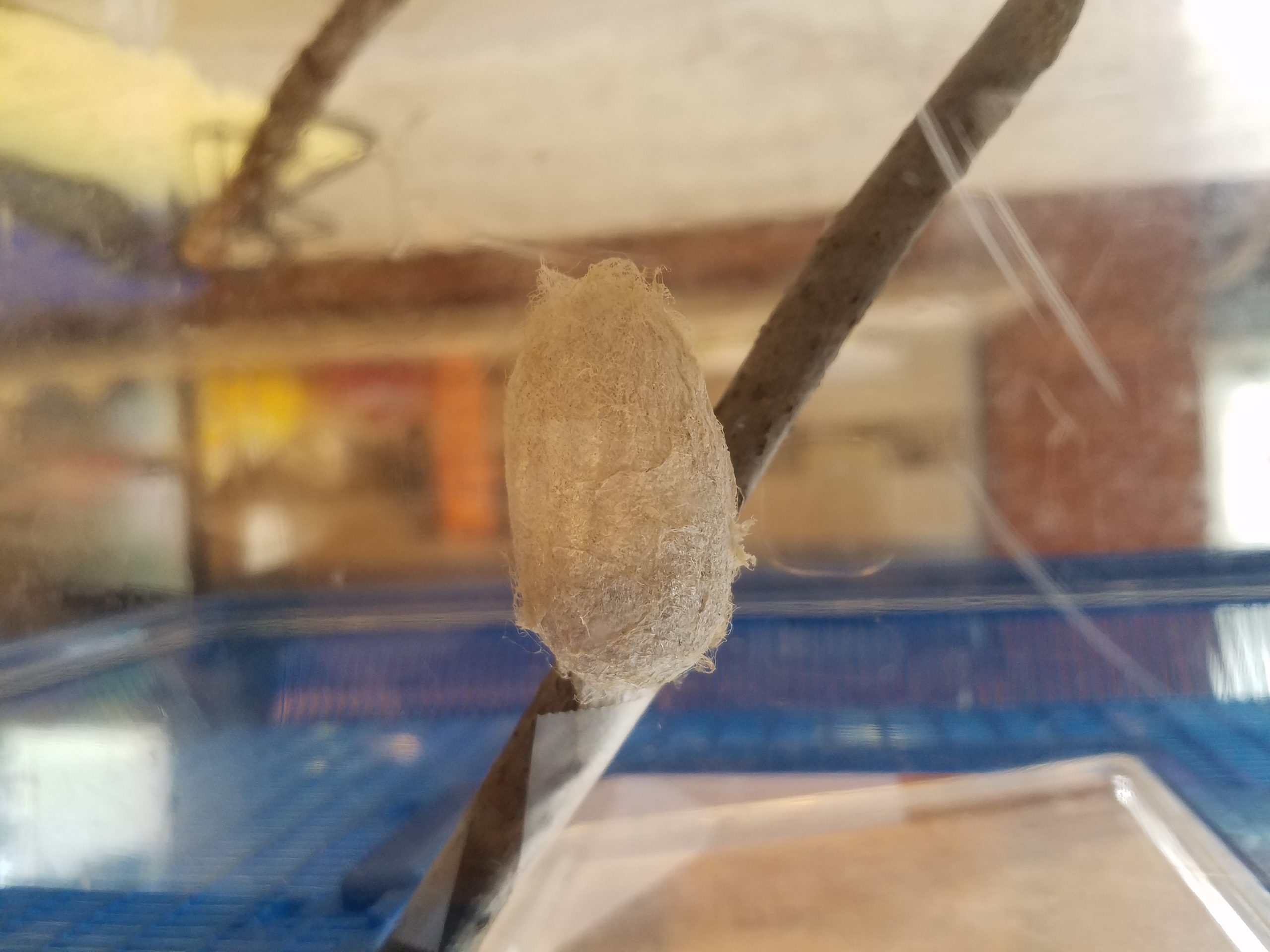 We knew it was a moth, but really had no idea what to expect.  And then about 10 days later I went out to check on our little project and… 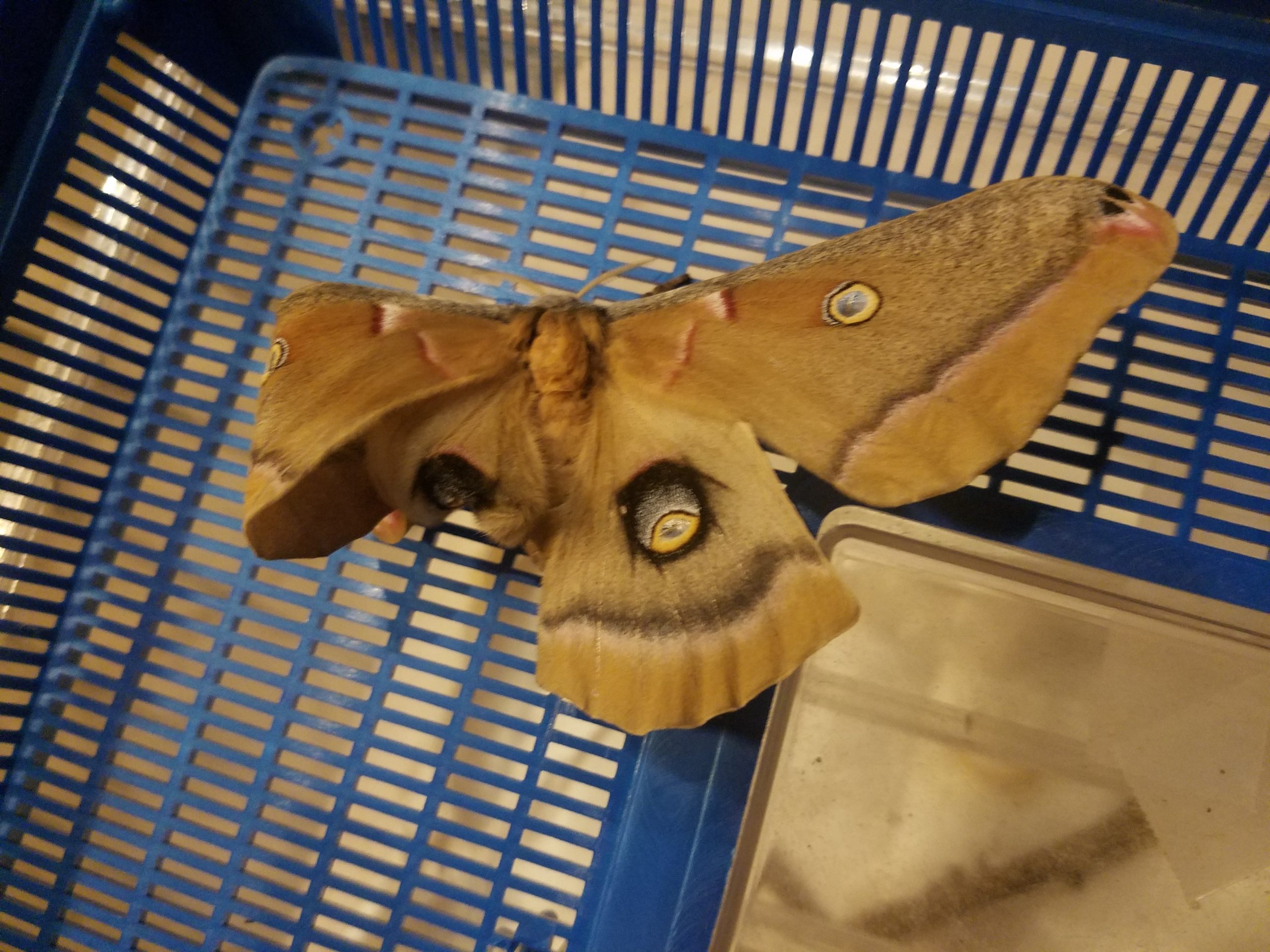 Looks a little odd; here’s the view from the side: 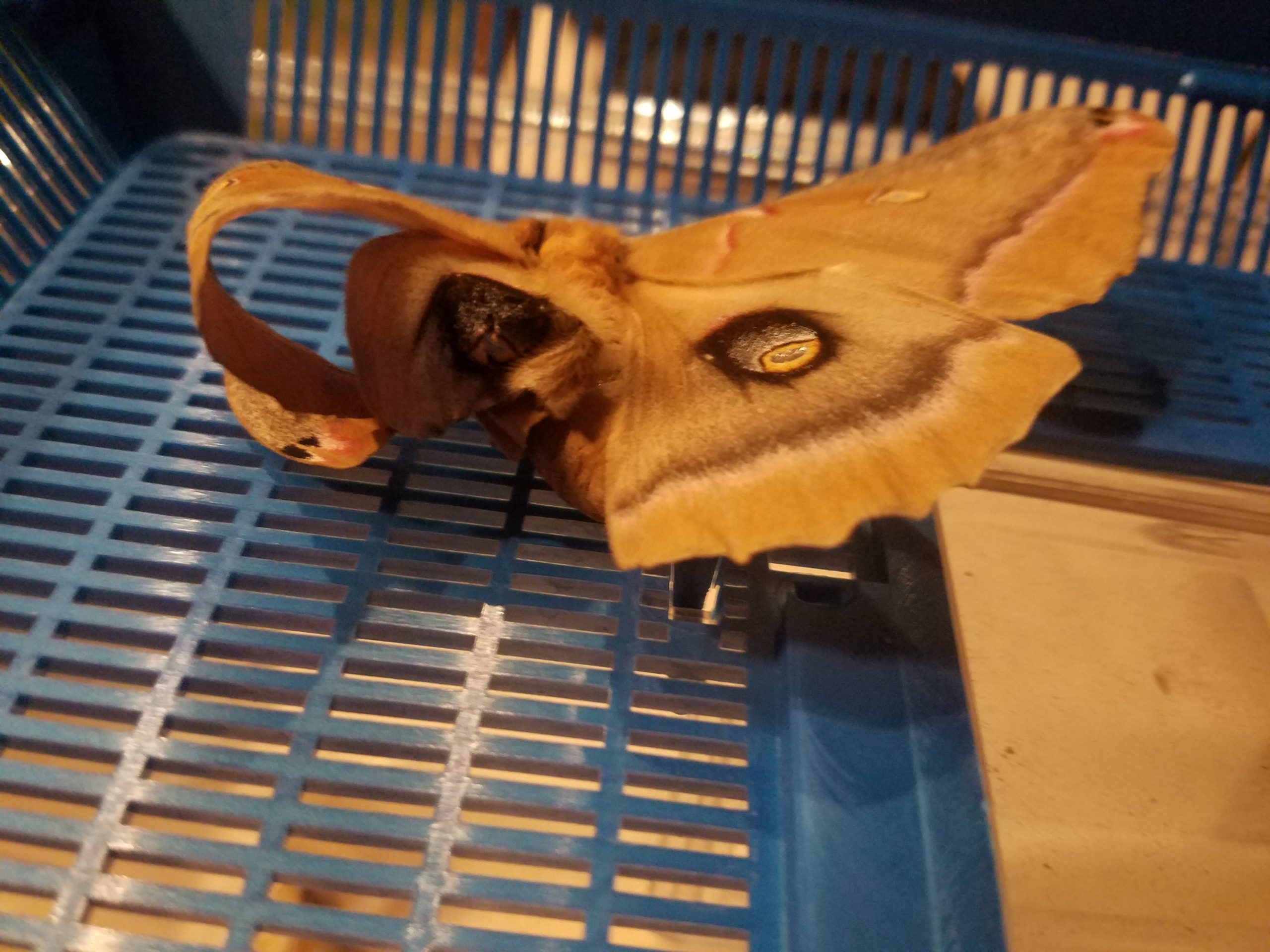 What we have here is a polyphemus moth, which is a member of the giant silk moth family.  But our girl ran into some difficulty along the way and one of her wings was curled.  She was never going to be able to fly.

Since silk moths only exist to mate and lay eggs (they don’t eat; they don’t even have mouthparts) we didn’t feel too guilty about just keeping her.  We figured since she couldn’t fly she would never find a mate, and so we might as well just keep an eye on her for the few days she was going to live.

But two days later I went out to take a look and she was gone.  I guess I have some sort of special sense about these things because I found her a few minutes later across the yard.  With her new boyfriend. 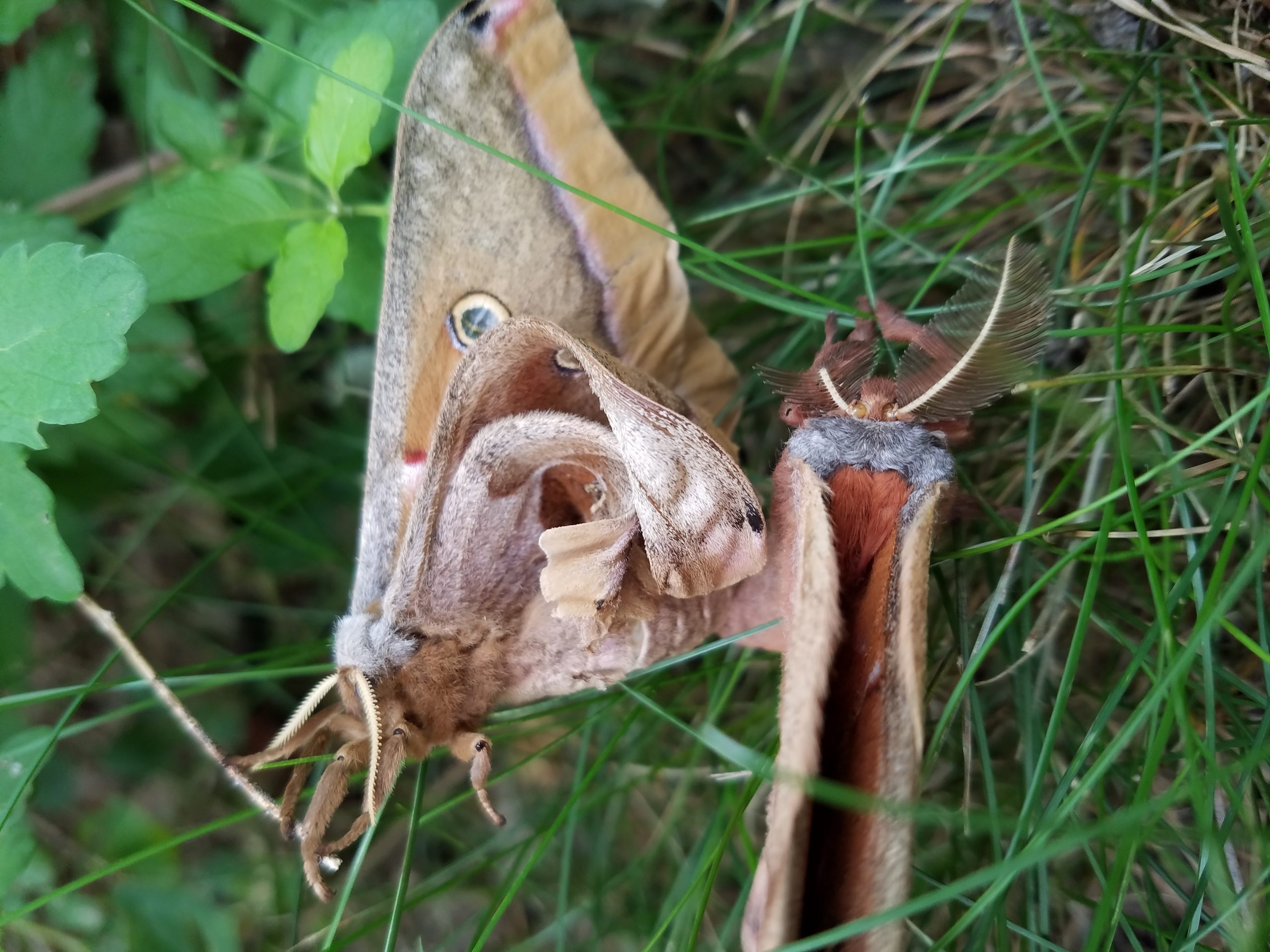 They stayed that way for HOURS.

After her boyfriend left I recollected our girl and put her back in the container.  The next morning there were dozens of tiny eggs, about the size of flattened chia seeds.   They hatched on September 10, and looked like tiny skinny little maggots.  I stuffed the container with oak leaves and week later I had… 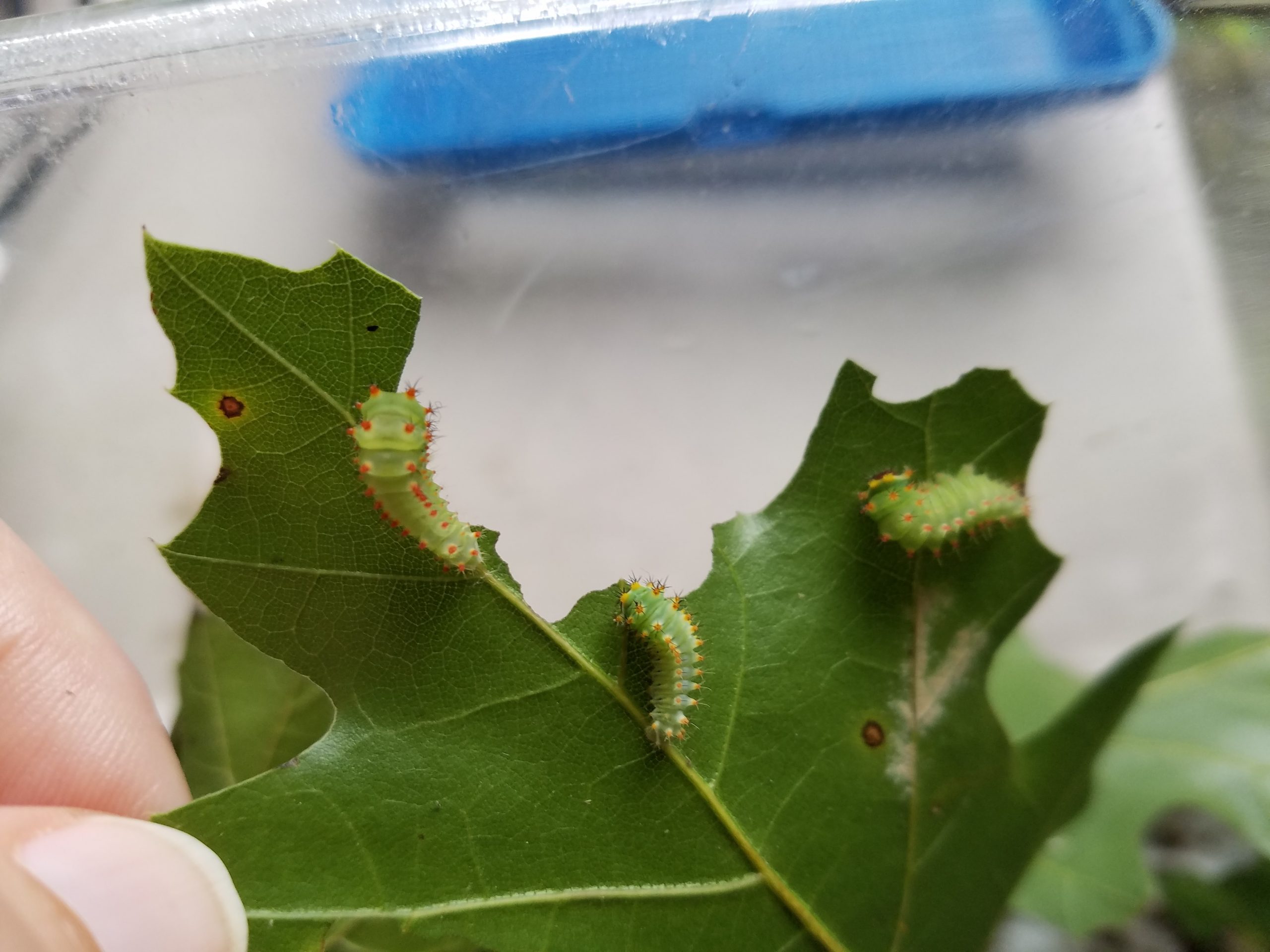 and shortly after that… 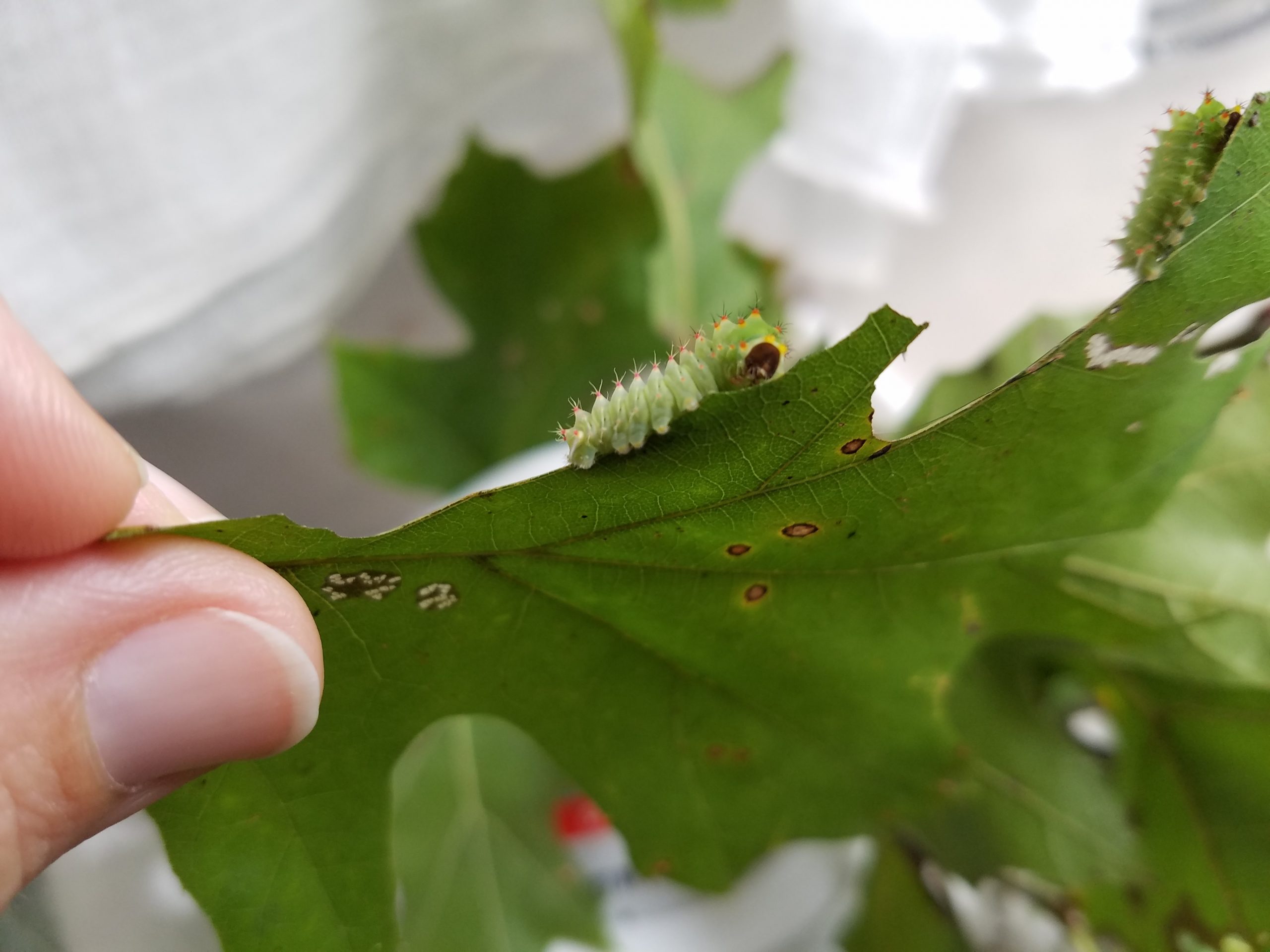 I spent the next month and a half sneaking around the neighborhood and snipping off oak laves to feed my babies.  As it got colder I worried, but knew that I had to let nature take its course.  On November 9th they started cocooning, and before we got a hard frost I had five cocoons.  We prepped the big moth cage we made for the winter and set it on the back porch and waited.  Meanwhile Ellie had found another cocoon, a bigger one, and we tossed it in the cage too.

Then just a few days ago I happened to go look and lo and behold, one of the cocoons had hatched!  We had a male, just about the size of his mom.  24 hours later we got to watch Ellie’s cocoon hatch; a huge female.  It was amazing.

And about 15 seconds later we were in PG-13 mode again. 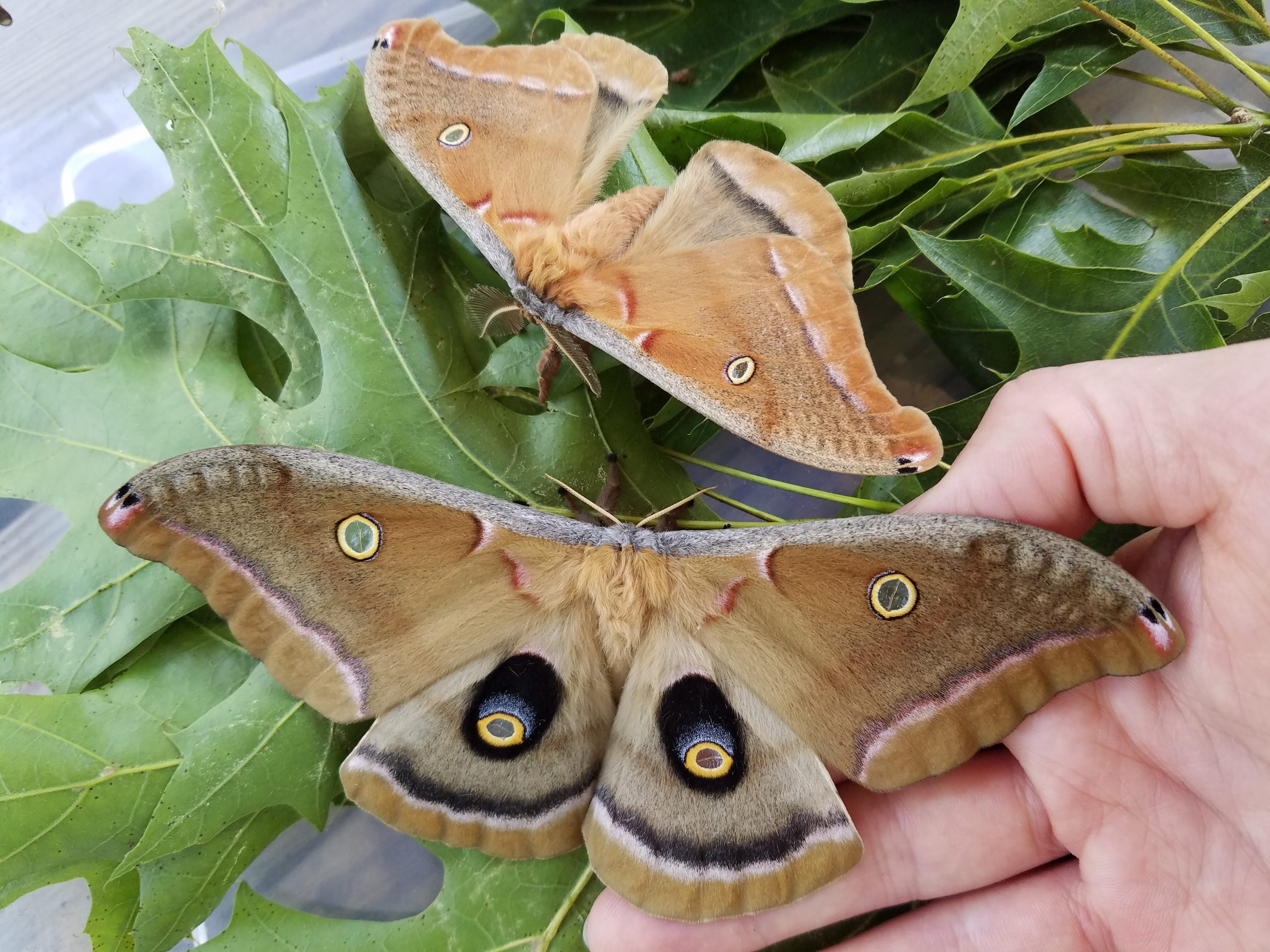 And now we have dozens of little eggs again and I have a summer project.